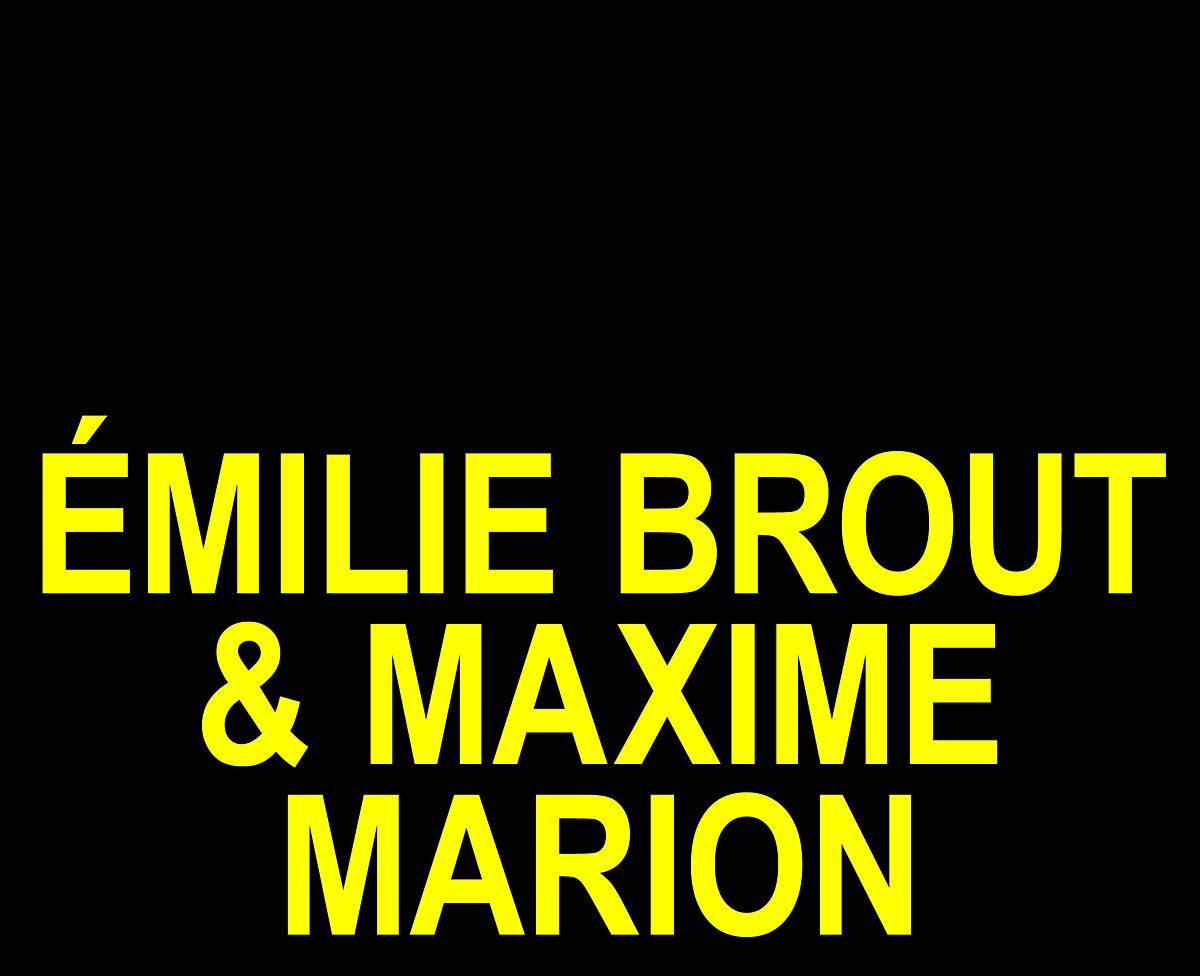 The practice of Émilie Brout & Maxime Marion (1984 and 1982, living and working in Paris) focuses on the culture and use of the web: they often work with and around the internet. Their work takes shape in different media, but they particularly explore the medium of video, whose boundaries they explore through non-linear storylines, endless videos, and the context in which the work is shown. Through careful deciphering, they try to identify the economic, political and legal specificities of existing systems or structures before infiltrating them, leaving traces or reporting on them in their work, sometimes with narrative forms. In Kunsthal Gent they will make a new film in which they investigate how technocapitalism can infiltrate every small aspect of our lives, and how it changes our perception of the world and of ourselves. Parallel to this, they will develop discrete installations that question the exhibition space.

After studying with ENSA Nancy and ESA in Aix-en-Provence, they spent two years at the EnsadLab research laboratory of the Ecole Nationale Supérieure des Arts Décoratifs in Paris, where their collaboration began. Their work has been awarded by the François Schneider Foundation Prize (2011), the Arte Laguna Digital Art Prize (2014) and the Sciences Po Public Prize for Contemporary Art (2019), and is part of the collections of FRAC Aquitaine and Poitou-Charentes. Recent solo exhibitions include gallery 22.48 m2 , Paris (2019), Villa du Parc, Annemasse (2018), Pori Art Museum, Pori, Finland (2018) and Steve Turner Gallery, Los Angeles, United States (2017).