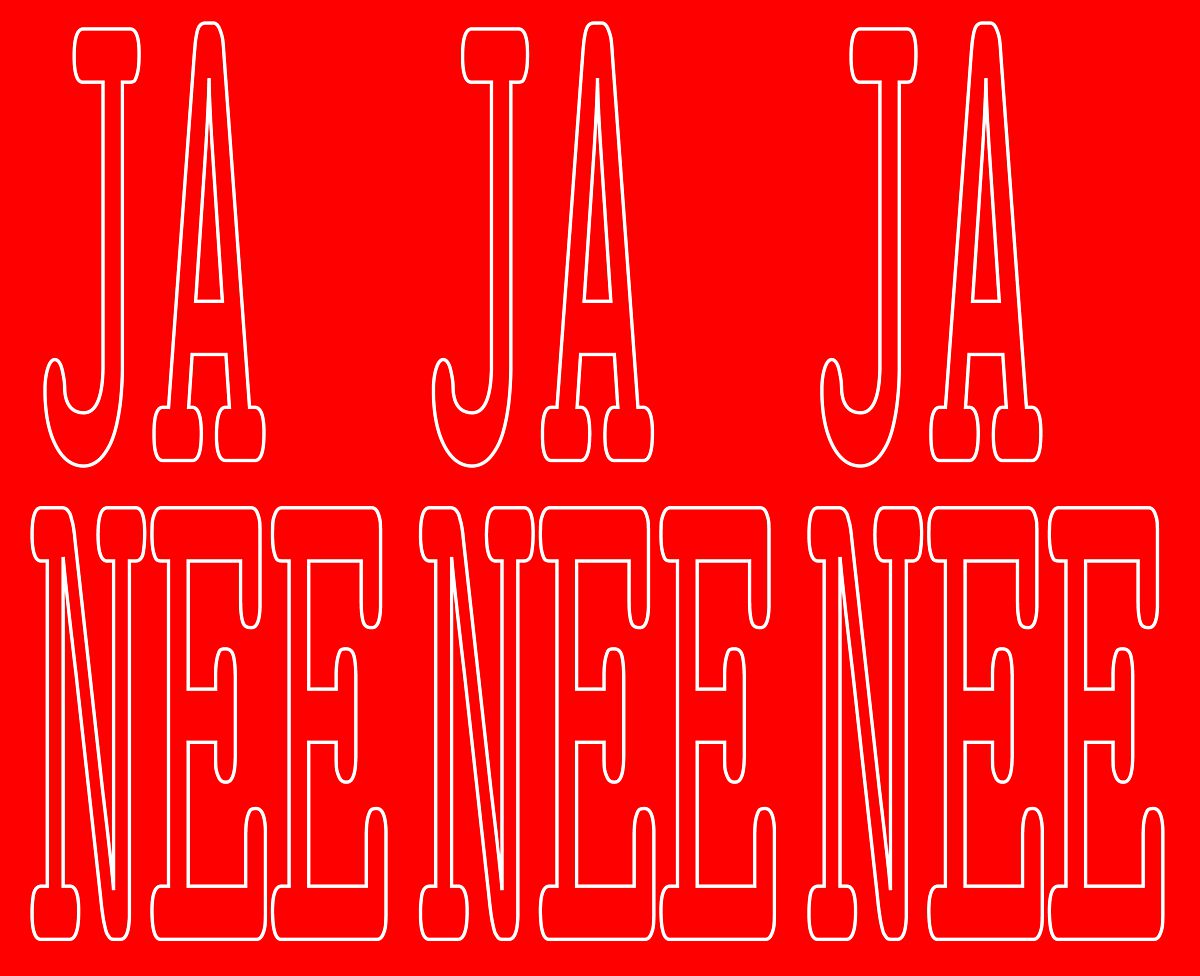 Ja Ja Ja Nee Nee Nee is an online radio collective and podcast from Amsterdam. The collective makes live radio with artists, on their own initiative and through cultural institutions. Ja Ja Ja Nee Nee Nee is also an online space for sound art and sonic material arising from artistic research, installations and performances. The broadcasts offer an intimate space for reflections on artistic practices and communities.

Ja Ja Ja Nee Nee Nee was founded in 2015 by Orpheu de Jong, Arif Kornweitz and Radna Rumping, and consists of a team of editors including Femke Dekker, Reinier Klok, Arif Kornweitz and Radna Rumping, with Monty Mouw as regular producer. More than 130 broadcasts can be listened to in the archive at www.jajajaneeneenee.com. Since 2018 there is also a podcast, hosted by Arif and Radna, with highlights from the archive and new sound contributions by artists in the form of 'voice messages'.

During the working period at Kunsthal Gent the mobile radio studio of Ja Ja Ja Nee Nee Nee will move from Amsterdam to Kunsthal. The collective will use the period to get to know the artistic community of Ghent, but also to further develop its own voice and platform. Makers of Ja Ja Ja Nee Nee Nee will not be active as a 'neutral host', but will rather enter into a dialogue with both the space and artists around Kunsthal Gent, during a series of informal radio broadcasts. These broadcasts have the character of late night radio shows: intimate, somewhat mysterious and not visible, but audible - at times when Kunsthal is closed to the regular audience.

The period will be concluded with a series of sound interventions at various locations in Kunsthal Gent on the evening of Friday 8 May, when everybody is welcome.