EVERYTHING IS AT PLAY:
Apparatus 22 takes over Kunsthal Gent 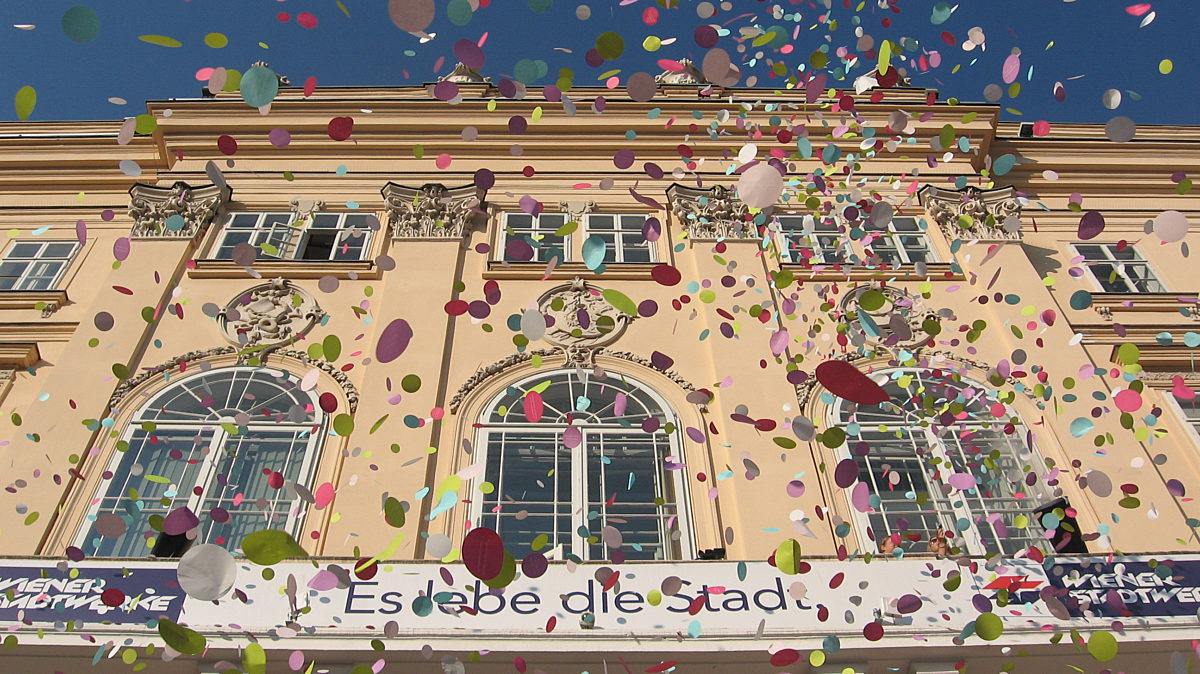 EVERYTHING IS AT PLAY: Apparatus 22 takes over Kunsthal Gent

On Friday August 9, the first day of the Patersholfeesten (The Patershol Festival), the art collective Apparatus 22 will take over Kunsthal Gent with a programme of performance, video and an epic confetti celebration.

At 20:00 sharp, two XL confetti cannons will be activated in the old Carmelite monastery. In the performance EVERYTHING IS AT PLAY: KUNSTHAL GENT, colorful oversized confetti will fill the air with joy and with thought-provoking questions, ranging from critical to playful.

The questions inscribed on confetti by Apparatus 22 are putting in motion a collective reflection on the future of Kunsthal in Gent and on the experimental approach of the new artistic organisation. Dealing with topics such as desire, ethics, doubt and commitment, the work is at the same time a celebration and a critical examination of Kunsthal Gent’s ambition to radically reimagine what a 'kunsthalle' could be.

EVERYTHING IS AT PLAY: KUNSTHAL GENT is part of the performance series Positive Tension, in which each time a set of questions is formulated in response to a specific context. The questions in this edition are also drawing from Apparatus 22's long-term research into progressive art institutions, into experiences and dreams emerging in such places. An earlier edition in the Museums Quartier in Vienna was about fashion. Other editions were performed in 2018 at the anniversary of Museum Dhondt Dhaenens and at State of Fashion biennial in Arnhem.

Consistent with their collaborative ethos, Apparatus 22 enlisted two fellow artists originating from Bucharest to join the temporary take over of Kunsthal Gent:

- Irina Bujor (RO/DE) wrote the script for the new performance SPLENDOR. ONE DESIRE AT A TIME, reflecting on realities of transgender communities. Blending idealism, painful honesty and belief in the magic of numbers, the work will be performed by opera singer Nadia Hidali (BE).

- Farid Fairuz (LB/RO): his video performance LAMENT (NOT MECCA, NOT ROME) will be screened in the cinema. The video documents the clashes between his body and the highly structured definitions of behavior in public space.

Apparatus 22 is a multidisciplinary art collective living and working between Bucharest and Brussels. From July to October 2019 they are participants in the Development Programme at Kunsthal Gent.