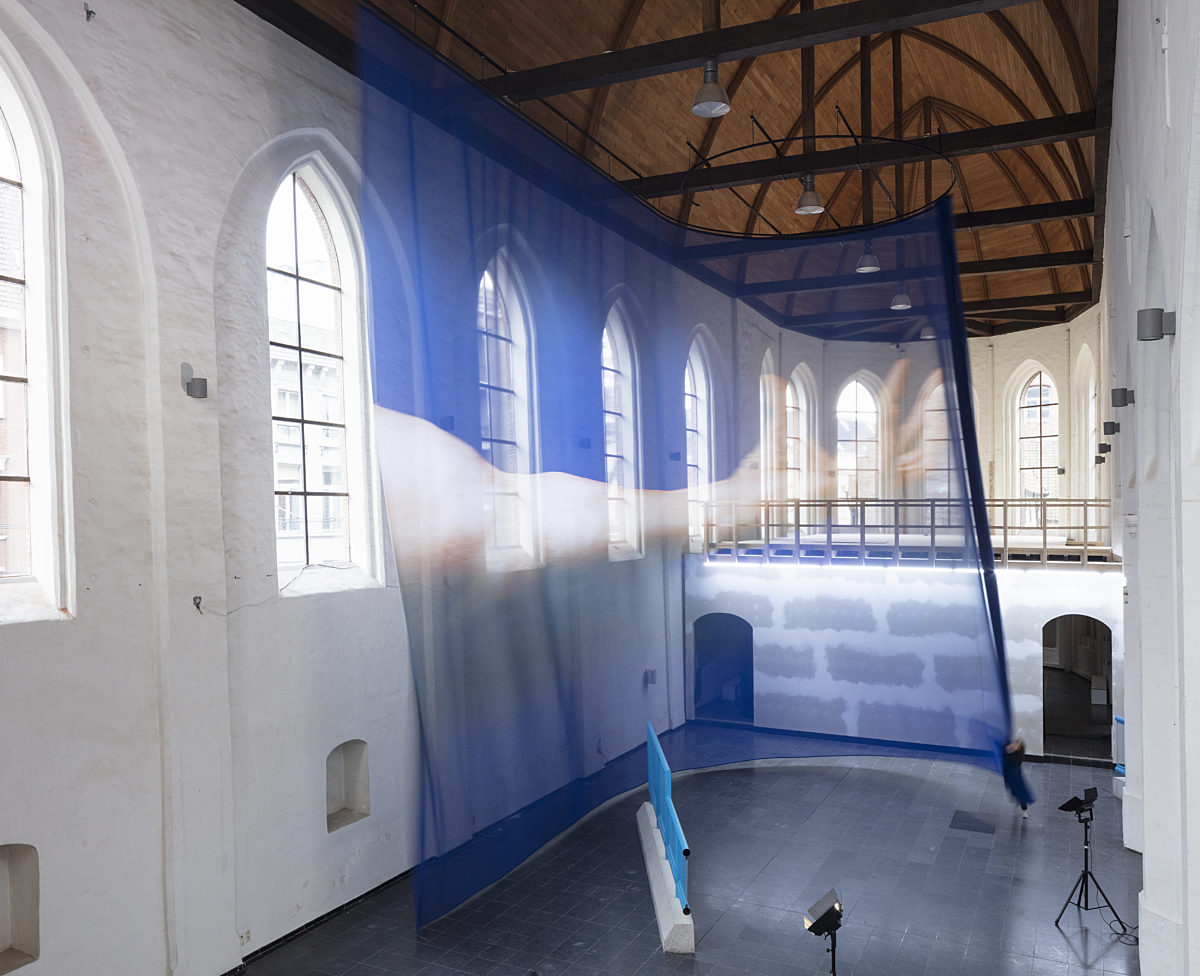 A monumental, 17m high semi-transparent curtain featuring the arm and hand of the feminist scholar Silvia Federici creates a new space in Kunsthal Gent. This space creates room for local (activist) initiatives and for reading a syllabus, in which Silvia Federici and Jesse Jones bring together texts by different authors. The exhibition is a translation of a contract between Kunsthal Gent and the artist about the use of the work and will remain visible as long as the conditions of the contract are respected.

SYLLABUS builds on the earlier work 'NO MORE FUN AND GAMES - Feminist Parasite Institution', realized in the Hugh Lane gallery in Dublin in 2016.

Jesse Jones is a Dublin-based artist and teaches visual arts at the CIT Crawford College of Art & Design in Cork. Her practice crosses the media of film, performance and installation. She often works in collaborative structures and investigates how historical examples of shared culture can play a role in our current social and political experiences. Recent exhibitions and projects include the important new work In the Shadow of the State, commissioned by Artangel (UK) and Create with financial support from Ireland 2016, and created in collaboration with artist Sarah Browne. Jesse Jones represented Ireland at the Venice Biennale in 2017. Until March 2020 the Guggenheim in Bilboa (ES) presents her solo show 'Temblad Temblad'.