various layers of history of the Carmelite monastery 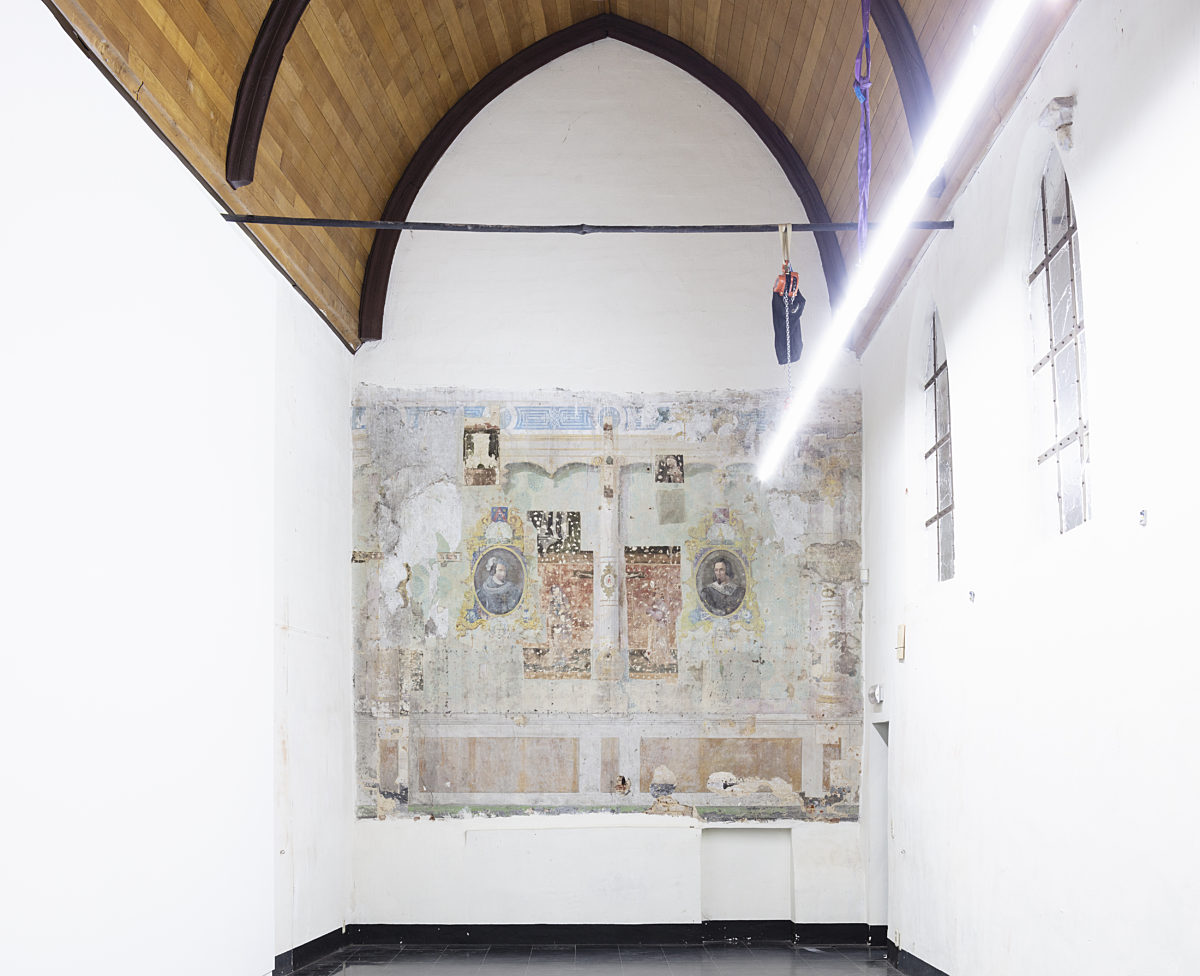 Since the 14th century, the former Carmelite monastery has been in existence, making it the oldest and largest site in the Patershol. The shoddy Carmelites settled in Ghent in 1277 and bought the refuge of the abbey of Cambron in the Lange Steenstraat in 1287. There they built their church and monastery. The oldest part of the church in the Lange Steenstraat was the rectangular brick building, built around 1328-1329. The choir was added around 1473-1474. In the 16th century the church was extended further south. During the French Revolution, the Order of the Shod Carmelites was abolished and all their possessions were sold. Some of the friars succeeded in buying back the monastery, but in 1814 they had to close their doors permanently. The city of Ghent bought the church in 1881 and housed the Archaeological Museum in it. Later, the church became the Museum of Folklore and served as a storage place for, among other things, the sets of the opera. Between 1991 and 1998, the entire site with the church and the rest of the monastery complex was thoroughly restored. After the restoration, the church was used as an exhibition space for the Provincial Cultural Centre Caermersklooster. Today, Kunsthal Gent is located there, an international platform for the development and presentation of visual arts.

To everyone's surprise, when a wall in the Old House was dismantled, not one but two murals were found under the wallpaper. The first and most recent work found was a large 19th-century neo-Renaissance style mural. It is a kind of architectural decor that is strongly reminiscent of a theatre. A central column divides the scene into two parts that are decorated on both sides with a medallion portrait.

Underneath this mural an older mural was found. This is a very damaged Calvary group from the 15th century with Christ on the cross, flanked by Mary and the apostle John. The whole painting has been violently treated with an axe or chopping knife. The pits and holes in the wall may indicate an old technique of fixing new plaster on old plaster. But because the faces and eyes of the depicted figures have been scratched out in an angry manner, it is more likely that the damage was an intentional and symbolic act. It is therefore possible that the painting was the victim of the iconoclasm of 1566.

Source: 'In de spoor van de Gentse Ambachten' (In the Trail of Ghent Crafts), a publication by Cultuur Gent for Heritage Day 2019. 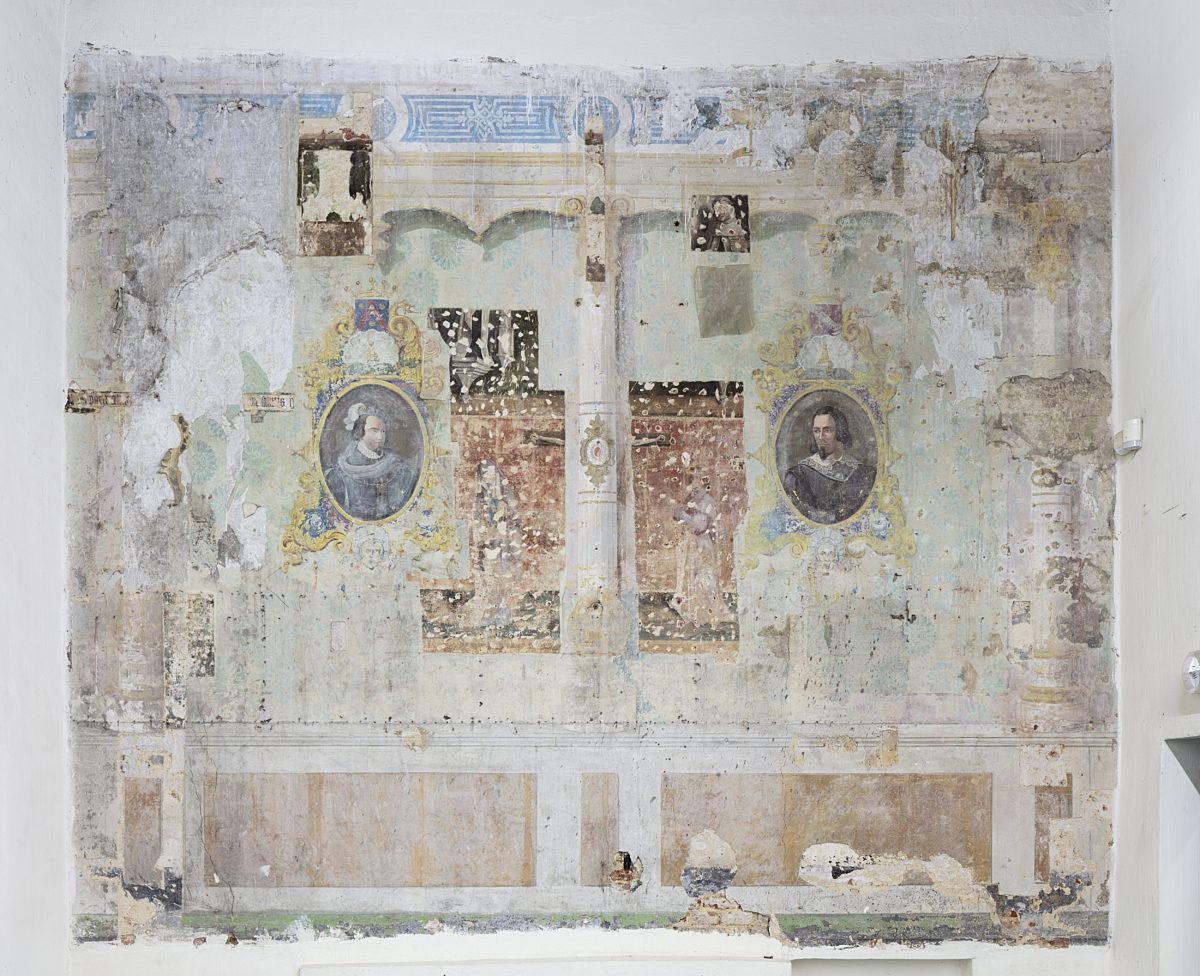